Learn to Surf and Ride a Wave in Phuket

This page has beach information of the surf breaks in Phuket. Everything you need to know about surfing Phuket while you're on holiday.

Is There Surf In Phuket?

Yes there is surf in Phuket, But it shouldn't be rated among the top world surfing destinations, even so, while you're in Phuket, a fun surf in uncrowded and friendly surfing conditions could really make your next holiday the best you've had yet.

From November to March areas around Koh Samui and along the east coast of Thailand is your best bet. 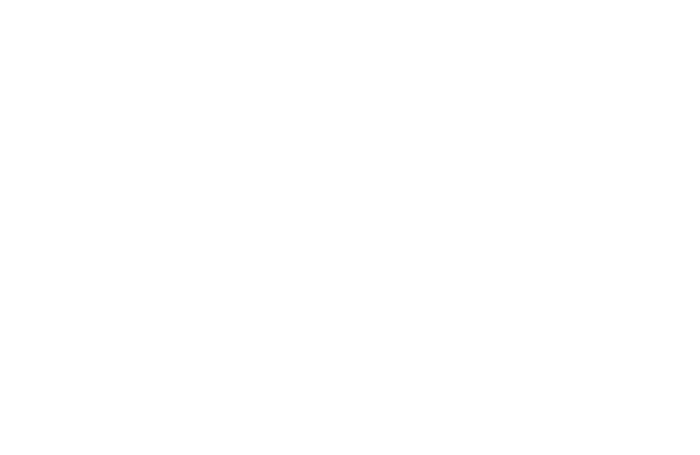 Phuket is probably the unofficial leader of the Thailand surfing industry and the number of local Thai surfers is increasing every year. More and more surf spots are being discovered, in Phuket and on the mainland.

Some of the better known surfing beaches in Phuket are:

Use the menu on the right of this page to get information on surfing on all Phuket's beaches.

The west coast of Phuket has many beautiful beaches and headlands and there are many surf spots known and some not so well known. The west coast is also the hub of tourism for the island. There are islands and reefs just offshore which are surfable in the right conditions. On the east coast of Phuket most of the beaches are muddy mangrove areas and are protected from the swells.

Common Questions About When to Surf in Phuket


In saying that there are exceptions, such as this surfing picture of Phuket below, which was taken on the 25th November 2003. As we said....you might be lucky.

Beaches like Kamala beach at the northern end has slower waves and is ideal for longboarding. In saying that though, a lot of people are riding shortboards to get across the fast beach breaks. Longboards have much more of a place on Phuket's beaches. Longboards are ideal in Phuket at the end of the surf season when the waves are nice shape and smooth, but too small for shortboards. Longboard surfing in Phuket seems to be more popular than shortboards and some days there are more longboards in the water than shortboards

In 1999 Quiksilver started running surfing contests at Kata beach. Phuket now hosts surfing contests each year held between June to September....Kamala Go Surfing Club has been running an annual contest since 2005. The standard of surfing has gotten much better over the past few years, which has enabled some surfers to enter Asia wide and international surfing contests.

Surfing is now becoming a Thailand tourism draw card, especially for people new to surfing and those who find Phuket's other attractions equally important, but still like to go surfing when the waves are on. Phuket now promotes the green season, which is the surfing season in Phuket. A lot of visitors are here for other reasons such as, People on Honeymoon, holiday with family and friends, corporate meetings, but can still have the opportunity to go surfing.

Phuket's attractions, such as diving, Patong nightlife, shopping, Thai food and the Thai people, are definitely why people come to Thailand. Although you may not come to Phuket for the surf, it's still good to go for a paddle with the locals.

Recently there has been an increase in people wanting to learn to surf in Phuket. There are lessons available on Kata, Karon, Patong, Bang Tao and Surin beaches.

Buying a Surfboard in Phuket

Surfboards in Phuket can be less expensive than the equivalent surfboards in Europe, US, Australia etc. but before you commit to buying, make sure you contact your airline to check for any extra charges for carrying your board home.

The Saltwater Dreaming Surf Shop at Surin beach carries a large range of surfboards, bodyboards, stand up paddleboards and all those hard to find accessories.

The main centers for renting surfboards are the Surin Beach, Kamala Beach and the Kata Beach area. Most surfboard rental booths offer hourly up to daily surfboard rental rates. For long term rentals see surfboard rental and prices from the Saltwater Dreaming Surf Shop which also has skimboards, bodyboards and stand up paddleboards for rent.

The swell that creates Phuket's surf conditions comes from the Indian ocean bypassing the tip of Sumatra. Exploring further north sometimes is a good idea as the waves often miss Phuket. As the monsoons head further north during April to September the surf becomes much bigger, but so do the winds.

Phuket is the biggest island in Thailand, located in the Andaman Sea, in the south of Thailand. The island is mostly mountainous with a mountain range in the west of the island from the north to the south. The mountains of Phuket are the southern end of a mountain chain which starts on the mainland. 70% of the island is covered by forest. More information on Phuket

More information on surfing in Phuket

We have done our best to go surfing in Thailand as much as possible and to include our personal experiences of this beach and other surf spots in Thailand-Since 2000, we are the original surfing Phuket guide someone's gotta do it!! 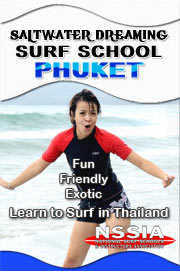