Rogue waves are the stuff of legend and maritime myth: Giant waves, taller than highrise buildings, that rise out of calm seas. For years scientists and marine experts have dismissed such stories as superstition.

Walls of water do not rise out of the blue, they said. But now research has revealed that 'killer waves' do exist and regularly devastate ships around the world. They defy all scientific understanding and no craft is capable of withstanding their impact. 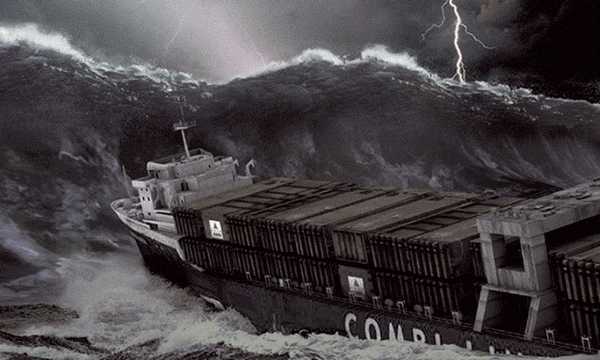 Rogue waves in the past have been ignored and regarded as rare events, now we are finally getting a handle on them

and finding out how common they are. These mammoth events are not tidal waves or tsunamis, however. Nor are they caused by earthquakes or landslides. They are single, massive walls of water that rise up - for no known reason - and destroy dozens of ships and oil rigs every year.

The story of the super-tanker Munchen is a classic example. She was one of the biggest ships ever built - the length of two-and-a-half football pitches - and unsinkable, it was claimed. But on 7 December, 1978, the pride of the German merchant navy, en route to America, disappeared off the face of the earth. All that was found of the Munchen and her 26 crew was a lifeboat that had suffered an incredible battering.

Something extraordinary had destroyed the ship, concluded an official inquiry, which dismissed the Munchen's sinking as a highly unusual event that had no implications for other forms of shipping. Now scientists believe this calm assurance may be dangerously misguided. The destruction of the Munchen was anything but uncommon. Ships are going down all the time. If you read the maritime press there is a boat going down at least once a month, with the loss of crew usually measured in dozens of lives. In the past, bad maintenance or poor seamanship were blamed. Now scientists suspect the truth may be more bizarre.

It is known that the Queen Mary was hit by a 75ft wall of water while carrying 15,000 troops in December 1942. The ship came within an ace of capsizing. Only a few years ago the British superliner Oriana was struck by a 70ft wave that smashed windows and sent water cascading through the ship, swamping six of its 10 decks.

These giant waves cannot be predicted by standard meteorology. Waves - even in the worst of storms - should not reach much more than 40ft. The fact that walls of water up to 100ft are being observed regularly suggests that something is worryingly wrong with meteorology theory.

Waves are normally caused by high winds whipping over the sea surface, but the origin of the freak waves baffles scientists. One theory suggests that waves and winds heading straight into powerful ocean currents may cause these huge walls of water to rise up out of the deep. Another suggests that, under certain conditions, waves can become unstable and start to suck in energy from neighbouring waves and so grow massively and rapidly.

Researchers are still arguing over these ideas, but what is indisputable is the fact that the design of modern ships is inadequate for dealing with the freak waves.

Waves within waves (up to 50 meters high): As well as stormy surface waves, the undersea world experiences its own kind of rough water. Internal waves with heights of up to 50 metres and wavelengths of more than a kilometre can occur at the boundaries of different water layers. There may be no visible sign on the surface but marine life - as well as oil drilling or submarine operations – can be disrupted. Satellite instruments can detect clues to the movement of internal waves contained within the smaller waves on the surface.

Another theory is that waves coming from different swell producing areas may join together and produce a wave which is the sum of the hieght of the 2 colliding waves. EG two 6 feet waves joining to produce one 12 feet wave.

Other Resources On Waves

Wave Forecasting Information and How Waves are Made